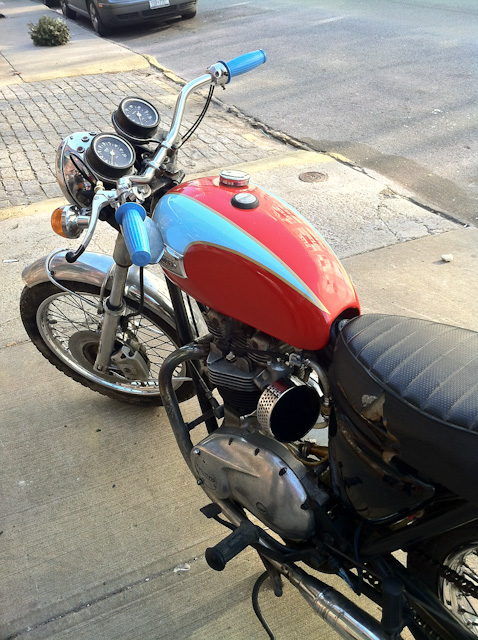 Tinkering and testing, tuning and teasing, the typical lead-up to a vintage Triumph Bonneville‘s maiden voyage.  The engine had been turned over a few days before, leaving just a few more things to be sorted out.  But with that first firing of the rebuilt top-end, the confidence was there to create some excitement around the garage…

The 1973 Bonneville that Scott had rebuilt, on and off for 2 years, was now ready for that first ride.  Rolled out onto the sidewalk in front of the garage, a couple last-minute checks, and she was ready to go.  This would be a short trip, for there were still brakes to be redone, new tires to install and electrical to double-check, but it would be a ride nonetheless. 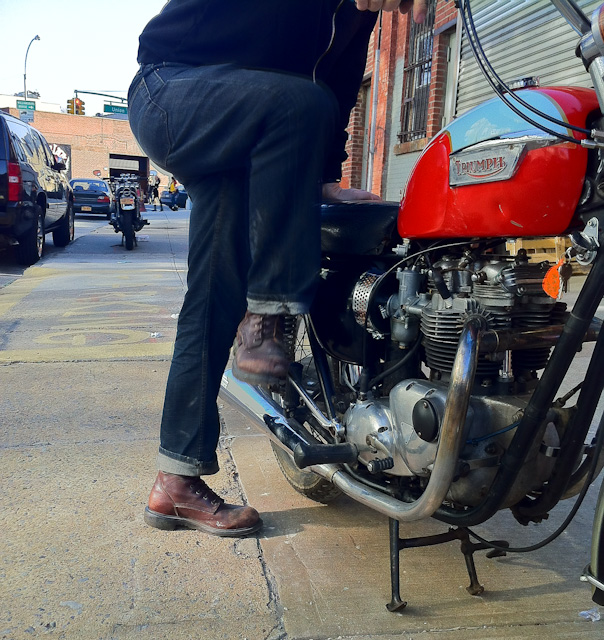 She sat idling for a few minutes, warming up, and Scott prepared to mount her, and roll off into the streets of Williamsburg.  A couple of us stood anxiously around the bike, taking photos and discussing the beauty of this beast.  A job well done, and hopefully a safe and successful first ride.  And, that’s just what happened.

Congratulations to Scott for all his hard work, patience, and determination to rebuild one of the most classic bikes of all time, the Triumph Bonneville.

This site uses Akismet to reduce spam. Learn how your comment data is processed.